I'm working with the grid fieldtype for the first time and attempting to build out a home page slider the same way I would typically do with matrix and low variables.

I have triple checked cell names (and copy/pasted to template code) yet the slider is not displaying the images as expected. My code is here:

But on the front end it outputs the following.

I've tried setting this variable to early parsing which as expected didn't change a thing. Have attached a screenshot of the grid settings in Low Variables. 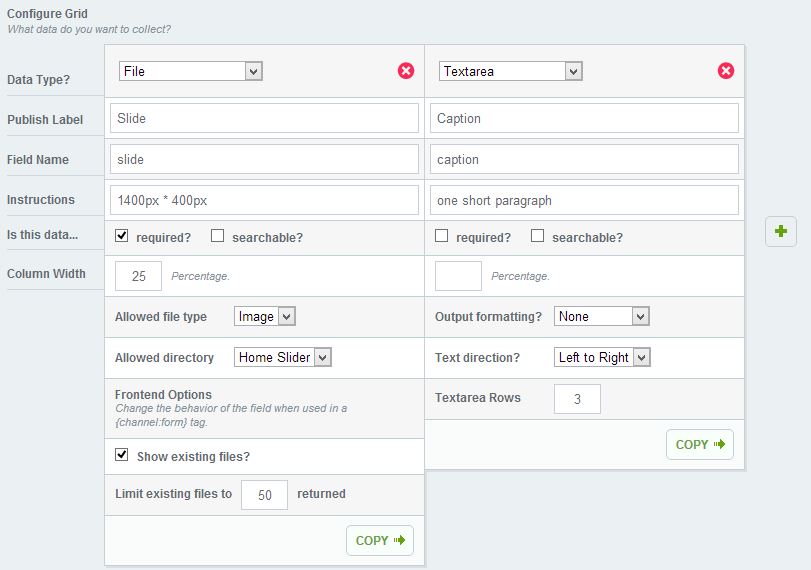 The variables inside the field need to be prefixed with the Grid variable name, like this:

Not the answer you're looking for? Browse other questions tagged low-variables grid template-scripting or ask your own question.