We decided to start afresh, clean new site so we have an install of v2.7.1 running.

We’ve built the site, finished the templates and are starting to look at running imports on any old content we want from the EE 1.6.8 site.

To achieve this we’re using Solspace’s Importer and have XML feeds for the old data.

If we check the old database table the data looks fine: 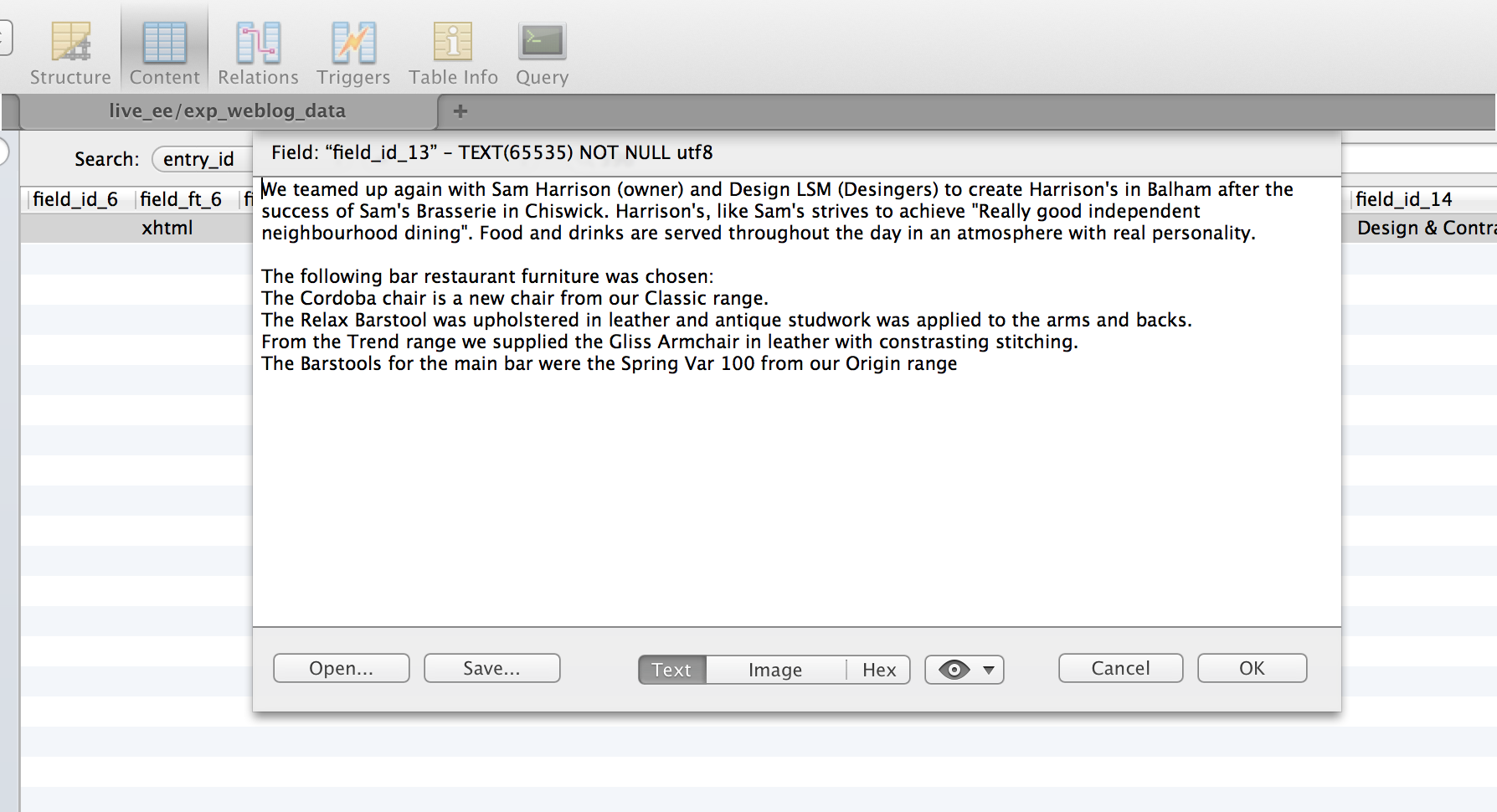 Where as the XML doesn't:

We also have an issue where some entries that have been imported end up showing some strange characters in the new templates. An example of this can be seen here:

Oddly the XML and entry appear ok for this:

The old DB 'was' Latin1 but has been changed to UTF8 and that the new DB is UTF8 and the page template (RE 2nd problem) are UTF8 also as are the XML files.

What have we missed?

At a quick guess, I'd try the following (backup and do it all on local ideally)

It's not going to help your titles though, titles are put through a typography filter you have no control over. Maybe use the query module to access title data when generating your xml...

Not the answer you're looking for? Browse other questions tagged database import xml character-encoding or ask your own question.

0
Character entity output in Wygwam
1
NGen File Image to Assets within Matrix table
0
Help me locate where is XML being generated
0
AJW Feedparser feed stopped working
0
XML template 500 error with one category group
0
New installation of EE: Can I import entries from another installation and keep the entry_ids the same?
0
Datagrab with MSM selecting wrong site entry on XML import
0
Import data from EE2 to EE3 site