CartThrob's site demos and screenshots, unfortunately, don't go into much detail, so I'm turning to this for some answers.

Is it possible in CT to update the subscription renewal date on a customer's order after the fact?

The renewal date is determined based on the Last Bill Date, the Interval Units, and Interval Length. All of those variables are editable after a subscription has been created. So while you can't specifically set an exact renewal date, you can modify those fields to get the renewal date you want.

There is also an End date field you can set to terminate all rebilling.

Here's a screenshot that shows all of the editable fields available when you edit a subscription. 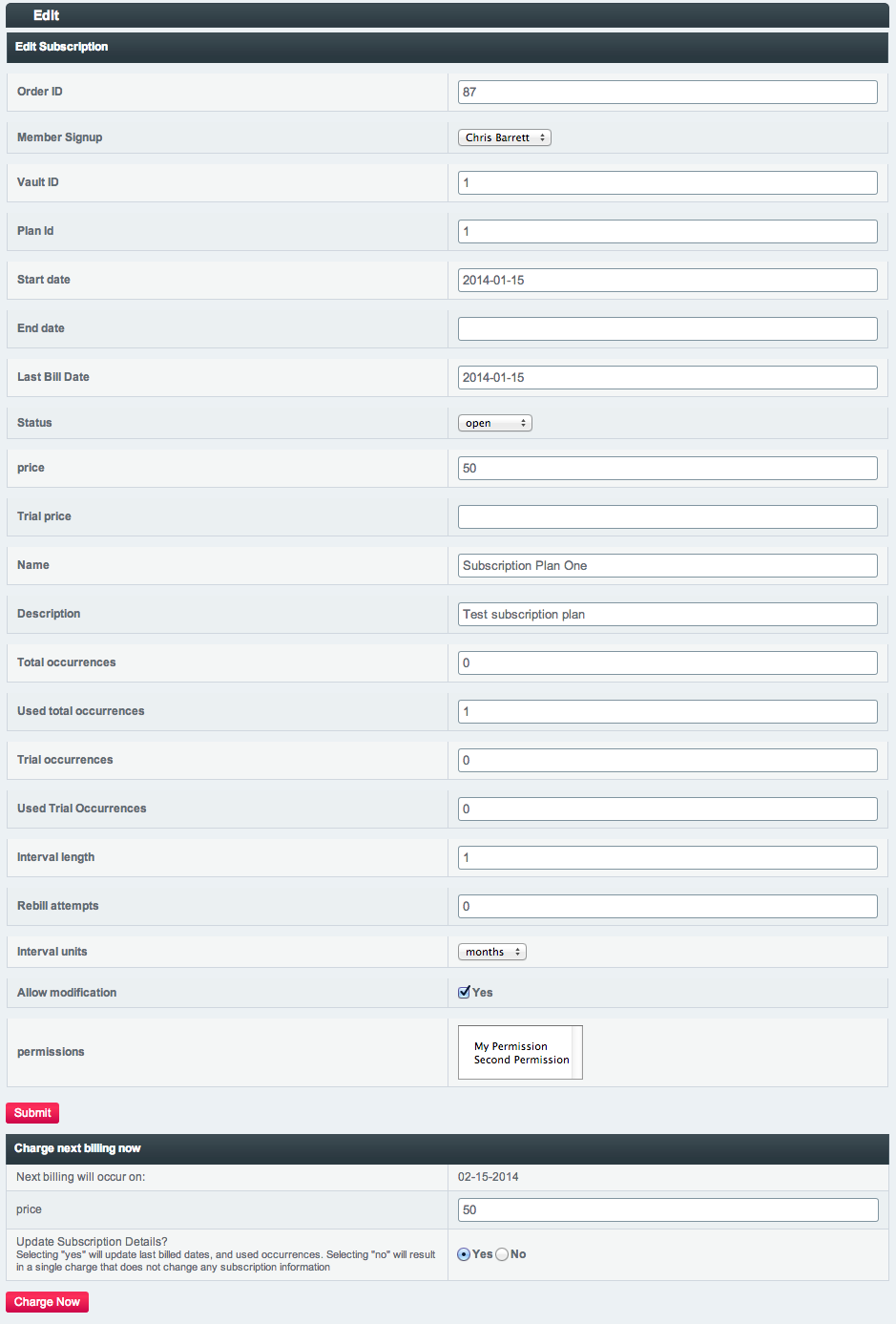 The above advice does not work if you have Trial occurrences set to 0 (which the Subscriptions documentation tells you to do for a subscription that infinitely rebills until canceled).

There's a bug in the code that causes it to never rebill in this case. Just a word of warning.

Bug report with fix I sent to CT:

Caveat Emptor, though. They've apparently given up on Subscriptions for now, and aren't selling or supporting it at all.

Not the answer you're looking for? Browse other questions tagged ee2 cartthrob or ask your own question.