I've attached a screenshot of the code I'm using to link to the CSS files on my server. Am I using the wrong path??

The site I'm working on is http://www.bookslibrarianslove.com/index.php/Pages 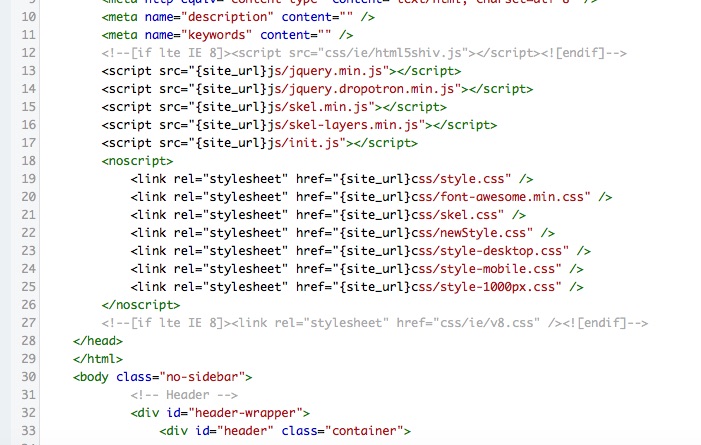 Yes, you are. And your question is almost off topic.

Since the CSS isn't being served by EECMS, you can point directly to it in two ways. Using a root relative path:

Or an absolute path:

EECMS will replace the {site_url} variable with the setting used on URL to the root directory of your site on Control Panel. Pay attention to not have double / or a missing one.

Nope! , erm, I mean Yup! You have the wrong value for the src parameter.

Use that (assuming this is an ExpressionEngine parsed template). You might need to add a / after {site_url}, depending on what your site url config var is set to.

Not the answer you're looking for? Browse other questions tagged or ask your own question.

4
Slow control panel js and css loads
0
Delay on navigation // cache issue?
1
Having trouble with a conditional with Child Categories Navigation
2
Anything after segment_1 in URL causes CSS not to load
1
Freeform broke my layout
2
Loading multiple stylesheets in Wygwam
0
Slashes in CSS path
1
CSS path problem in the EE3 installation script and in the Admin Panel