I’m using datagrab 1.9.2 on EE 2.10.1 with MSM. I have an xml import that’s working fine overall, however, in some instances datagrab is selecting the wrong entry. Basically it’s grabbing an entry for site id 1 instead of site id 2, the site datagrab is importing on. Here are the details.

I have site 1 & 2. Each site shares an entry titled Plan 2100 (same entry title, different content). The entry id of the Plan 2100 on site 1 is 7264 and for site 2 it’s 1466. I’m importing these entries into a matrix with a playa field (I attached a screenshot so you can see the setup). Everything is working perfectly except for these two entries that share the same entry title.

It appears datagrab isn’t honoring the site id. When I run the import on site 1, it inerts the plan 2100 entry with the entry id for site 2—id 1466 instead of 7264. My thinking is datagrab should ignore the data for other site ids other than the site it’s running on. However, this doesn’t seem to be the case.

I’ve looked in the database and this is how I discovered the wrong entry id was being selected upon import.

I've confirmed my playa field setup is limited to entries of the site I'm on.

So, in a nutshell, it appears datagrab isn’t honoring the site id for some entries using a matrix/playa combo. Has anyone else experienced this problem and perhaps found a solution? Please let me know if you need further explanation.

Thanks for your help! 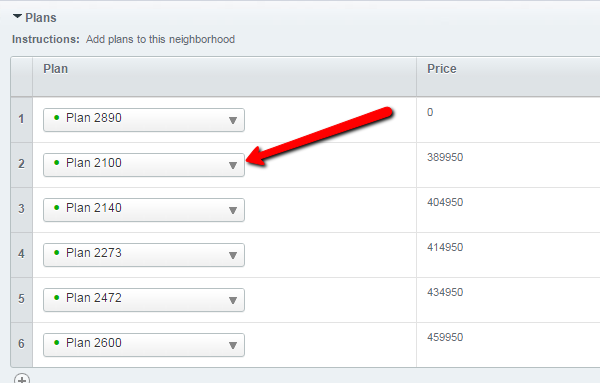 More info added: Here are some screenshots from the database to help understand the issue.

In this screenshot I've retrieved all entries with an entry title of Plan 2100. There are two results, one for site_id 1 and one for site_id 2.: http://screencast.com/t/daZVAYOf

I fixed this by inserting the following after line 213 in datagrab_matrix.php:

Basically the datagrab import wasn't taking the site_id into consideration.

Not the answer you're looking for? Browse other questions tagged multi-site-manager datagrab xml or ask your own question.

2
Importing Cartthrob Orders Data with DataGrab
2
Creating entries from csv & XML feeds
1
Importing separate data into a single checkbox field?
1
Using Datagrab module with Structure and blueprints, it is throwing error on edit channel entry
0
XML template 500 error with one category group
0
Datagrab stuck/fail on 90% 4/5
0
EE3: Importing into EE3 - updating existing entries
0
How to list all Playa choices for a given entry in a multi-entry listing
0
What is the best way to import entries for EE6?